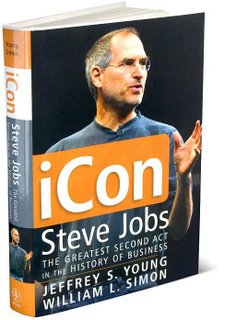 Its been very long since I posted… enough to be called extinct, but who knows, even dinosaurs can be just endangered. This long-enough can be defined by ‘I clicked the Forgot your Password? Button follwed by a recover my username button’. The sitemeter people mail me every now and then, number of visits to this page which will be full of typical digital electronics characters.
I really don’t want to eat away a fundoo url and waste a fundoo caption.

All my school days, I thought novels are always for jobless people, housewives and old and bedridden people. I really wondered to see my friends over here who read those thick fat books which read the authors name in Bold and Large font and the title lying somewhere around in a small font unimportantly and I tell you, if you were one of my kind, these dudes in those bold large fonts can write about a single flower for complete five A5 size sheets!!! Reading a 9.5.4.1… from schilling-belove, the electronics bestseller would be easier than reading these literary explanations of biological sepals, petals etc. I thought. As I remember, it was only a page from some Sidney-Sheldon book which my friend had showed me in my 7th standard and we went around asking our batch mates in the dormitory to read. Some of them became so tensed as if they were standing in the position of a rape-convict. And the others were excited more than Thomas Edison when he invented bulb.

Surat 1 May 06 1730hrs
It was the summer when we just finished our 4th sem exams and got vacation. I wasnt so excited about the vacations ( I am not one among those who would shout ‘Exams Over, time to party guys’ as if they came out of a erupting volcano perfectly fine) but exams did not go so bad either.

Bombay 5 May 06 1730hrs
A sunny day, I got down at Borivilli along with Sandy n Chandru. So, just to make some groundnuts (timepass, I mean), Ashu took us to roam around the city until sandy was excited at some place and said, “Look there, some books”. Bloody, I was just thinking of getting rid of books for few weeks, this chap is …. He wanted some Shantaram, Gangaram stuff. He said “Le you also just see. there are nice books here”, looking at the heap of books in a basket which the vendor was selling like road-side vada-pav shouting “pachas rupay ek, kuch bhi lo, pachas rupay ek”. Just then my sight went over this book which had Steve’s photo over it. I still dont know why, without second thought I handed over pachas rupay to him as if it was a good bargain to have pirated version of whole of California for a single note.

Local Train Same Day 2100hrs
I was standing near the entrance holding something above me though the forces around me balanced just like those of typical NCERT physics books diagrams, catching this book like a filmfare award. Thanks to plastic ban, Sandy was holding some 3 books there. I wonder how people carry grocery and milk there. May be people carry a litre of milk in mugs every morning, anyway nobody will misunderstand them I guess.

Home 21 May 06 0700hrs
I had to leave for Bangalore by Inter-city after an hour. Packed whatever things I found necessary and even unnecessary. At last when I was about to lift the bag, I saw this book again on the table which had been lying there unmoved for 2 weeks. I just took it, not exactly to read but may be it would be a good alternative to handkerchief for reserving my seat in the train through ‘window-service’. One would feel good to replace a close-up photo of Jobs by his own personal and special bum. As train started, I looked at the book and thought it would be another five-pages-per-flower type. And one go, I finished off about 90 pages just like I drove 100kmph in my first drive itself.

Need not worry, I wont try to write some review of the book. Overall, The book is a good read. Besides the story of apple, it gives some insights of Jobs, sometimes as a con… Thats why the name. It was released under controversy with Jobs sueing Wiley. Apple stopped selling Wiley’s books in its stores and declared its series of ‘Mac for Dummies’ as outdated. Watching Pirates of Silicon Valley prior to this, will increase your interest.

3 thoughts on “My First Novel or whatever….”