B-School students keep conducting surveys for their term projects leading to flood of survey requests on group emails and social networks during the end of the term. If you are a management student, you would know that. Scene at Indian Institute of Management Rohtak was not different.

Are people really serious while answering surveys? Which category of people are more likely to fill surveys attentively?

Just to have some fun, I conducted a “Survey on surveys” and floated it among the students which was also submitted as a assignment!

Conclusion was interesting too… 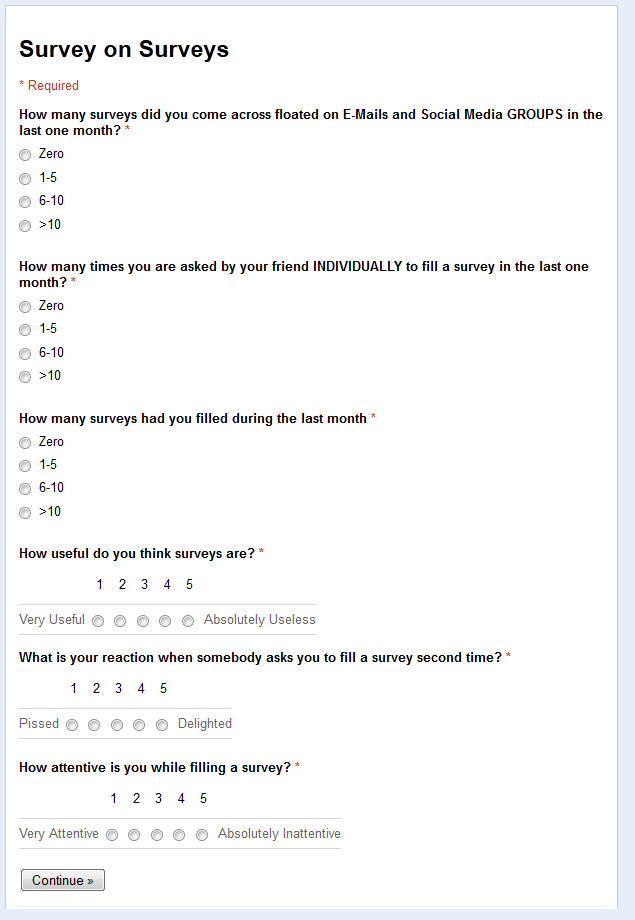 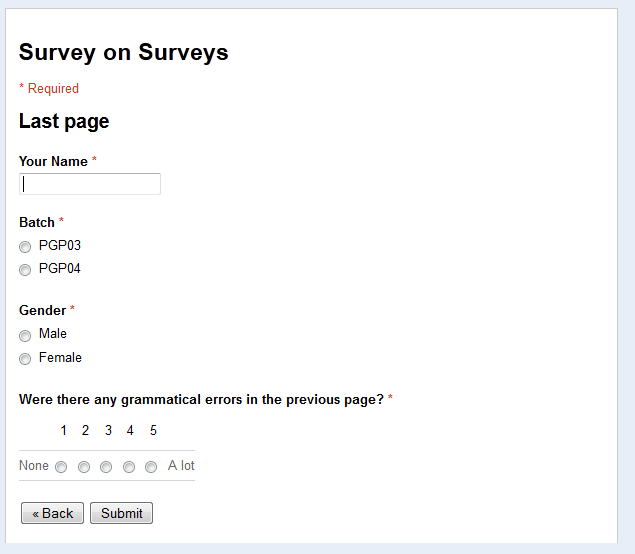 Largely, students of IIM Rohtak feel that the surveys are not useful. The perception doesn’t depend on the Gender or the year of study of the respondent. However, students who fill more surveys each month are more attentive while filling a survey. Hence, to get more accurate survey results, it is better to reach to these people who fill more number of surveys. However, the limitation is that the mode used itself was Survey!